“Our vision is to become the most attractive and affordable urban community under 2,500 in Alberta, where industry leaders want to invest, where tourists come for a new experience, and where people choose to live, work and play.” 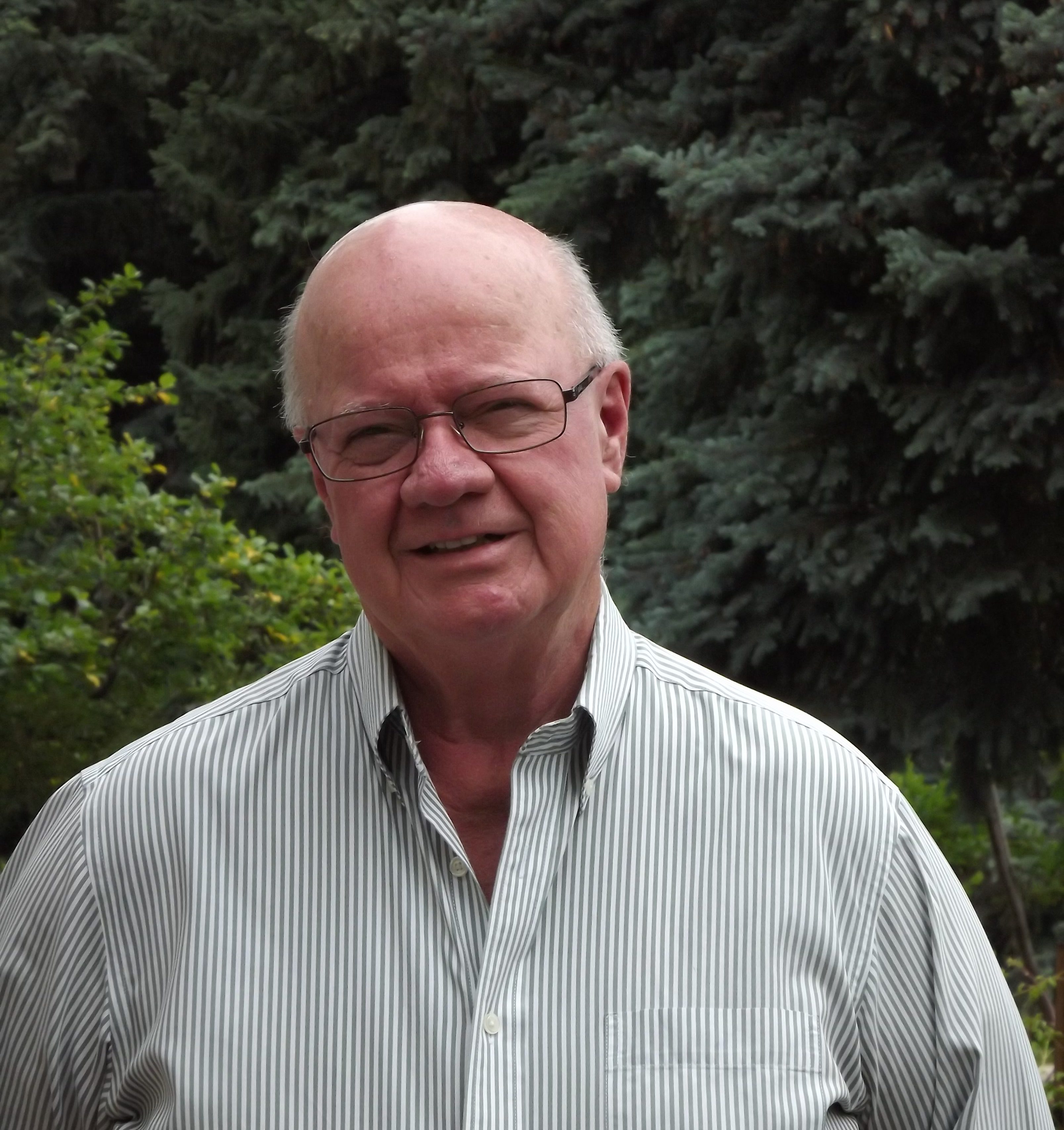 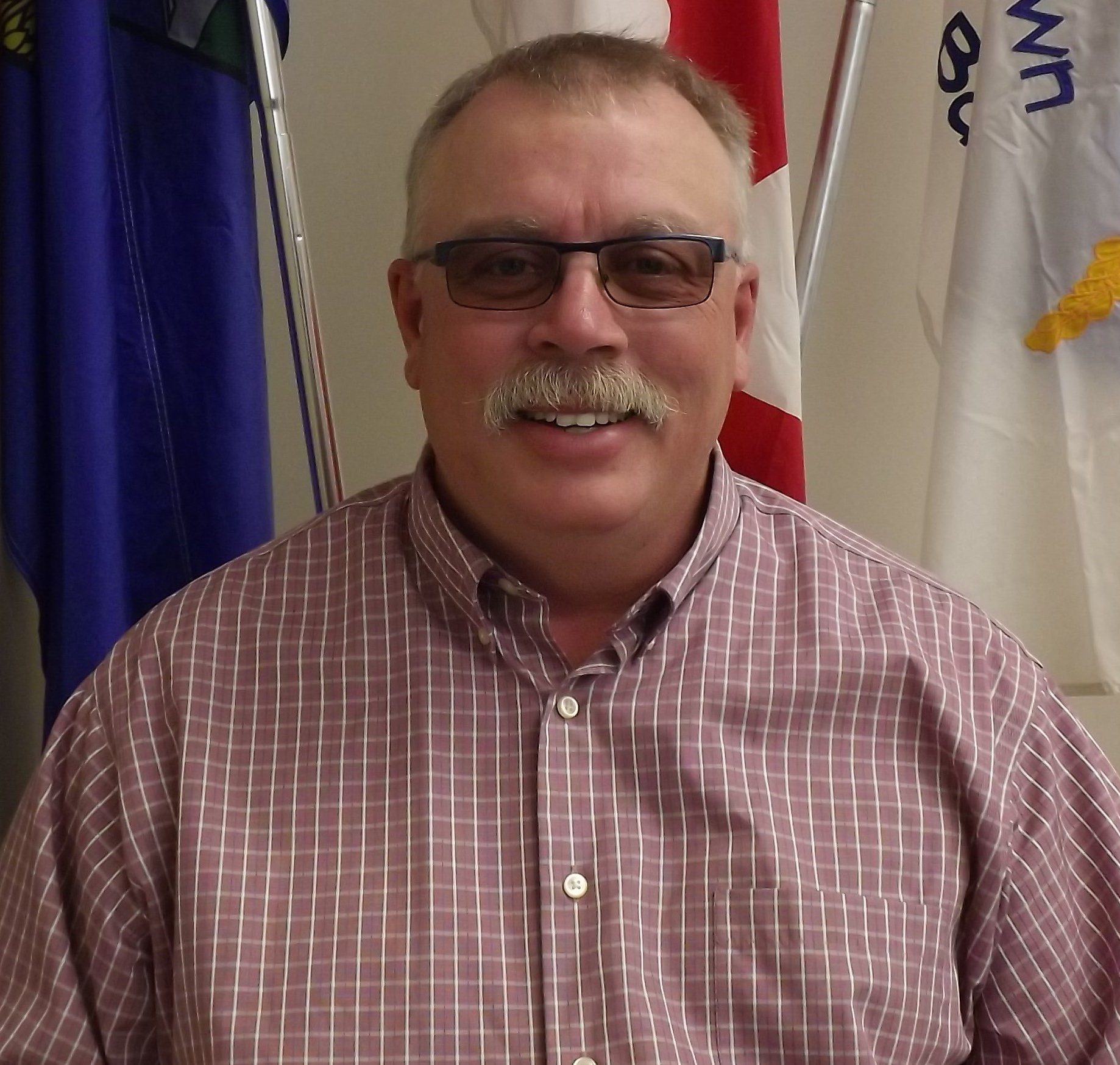 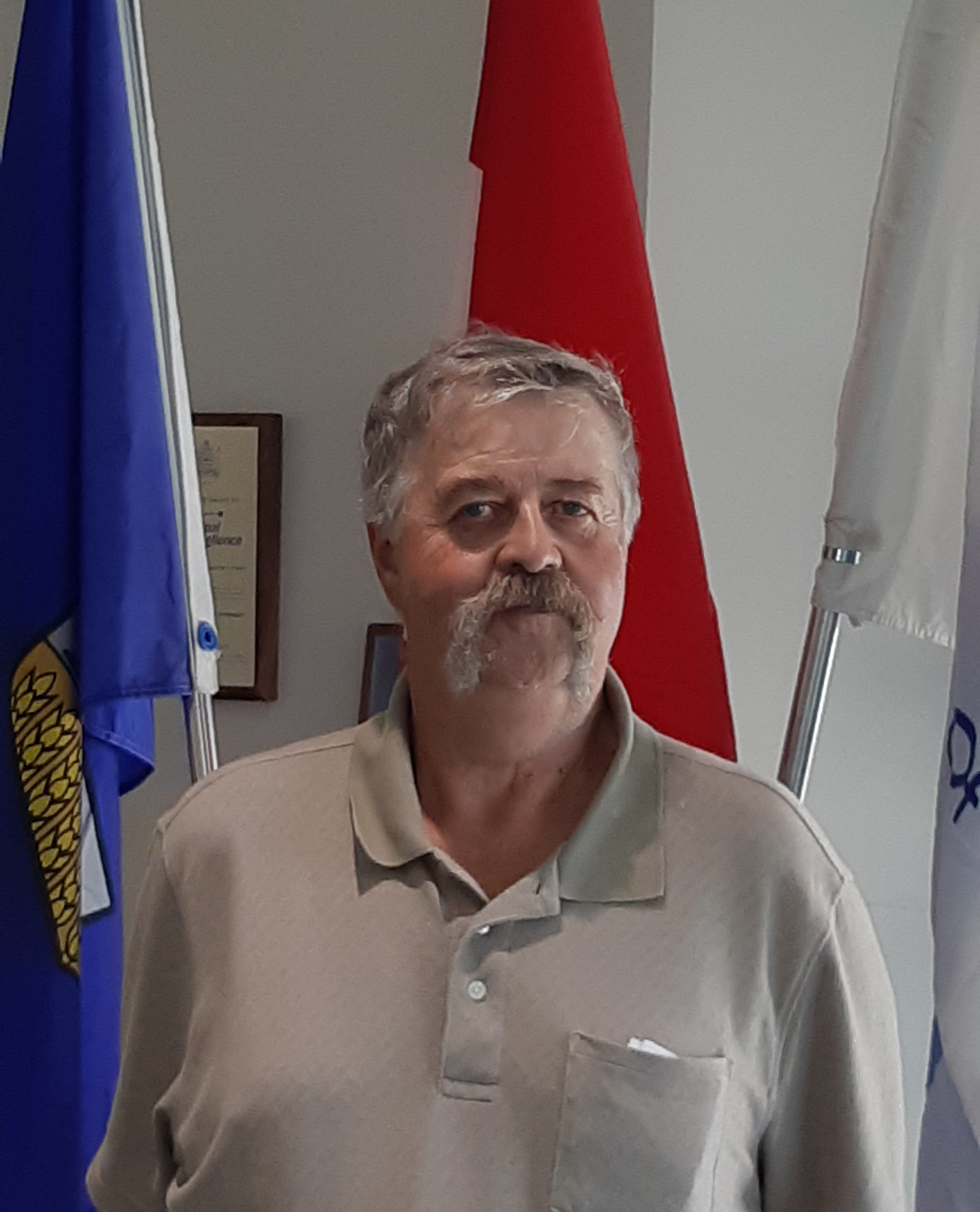 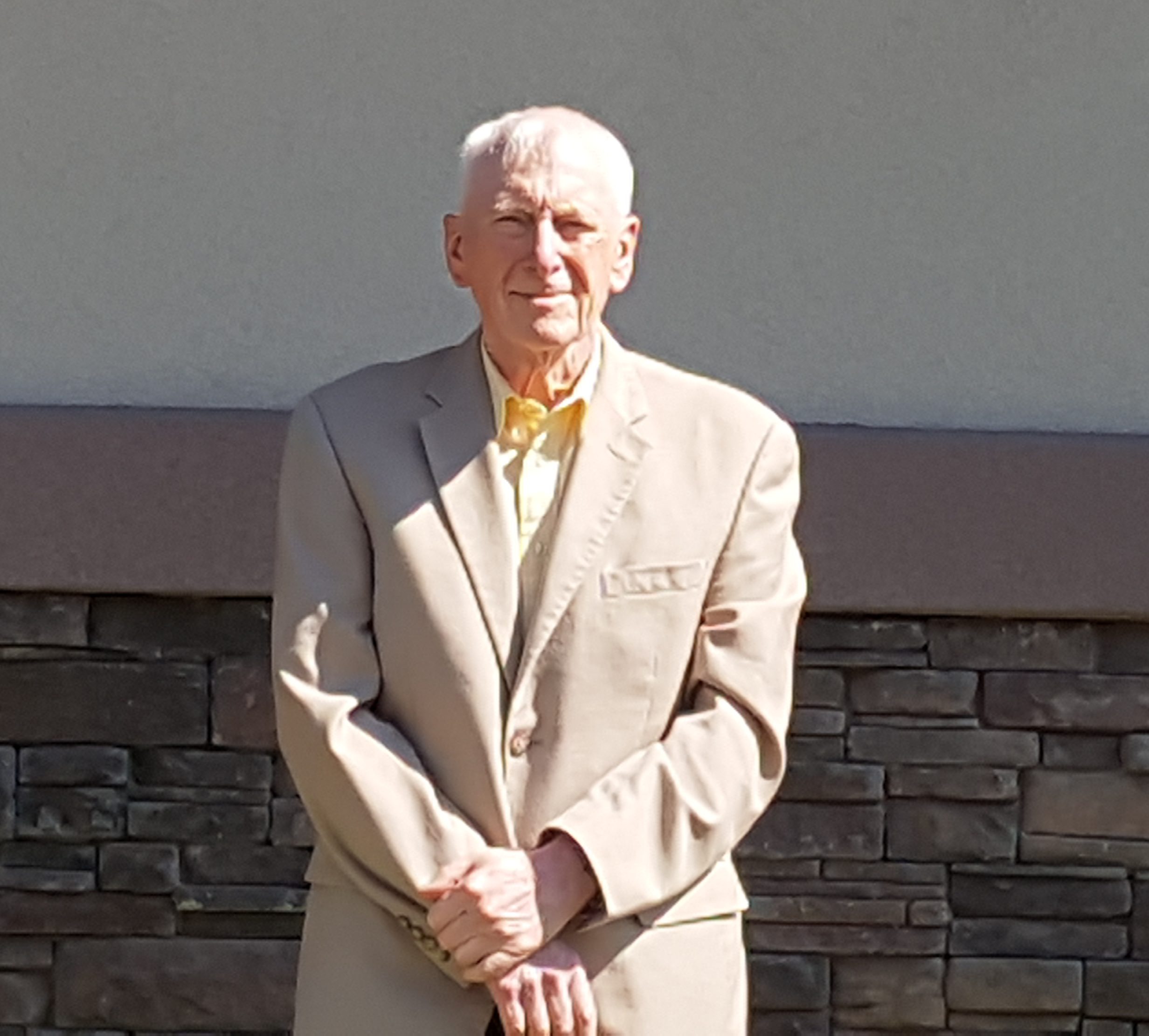 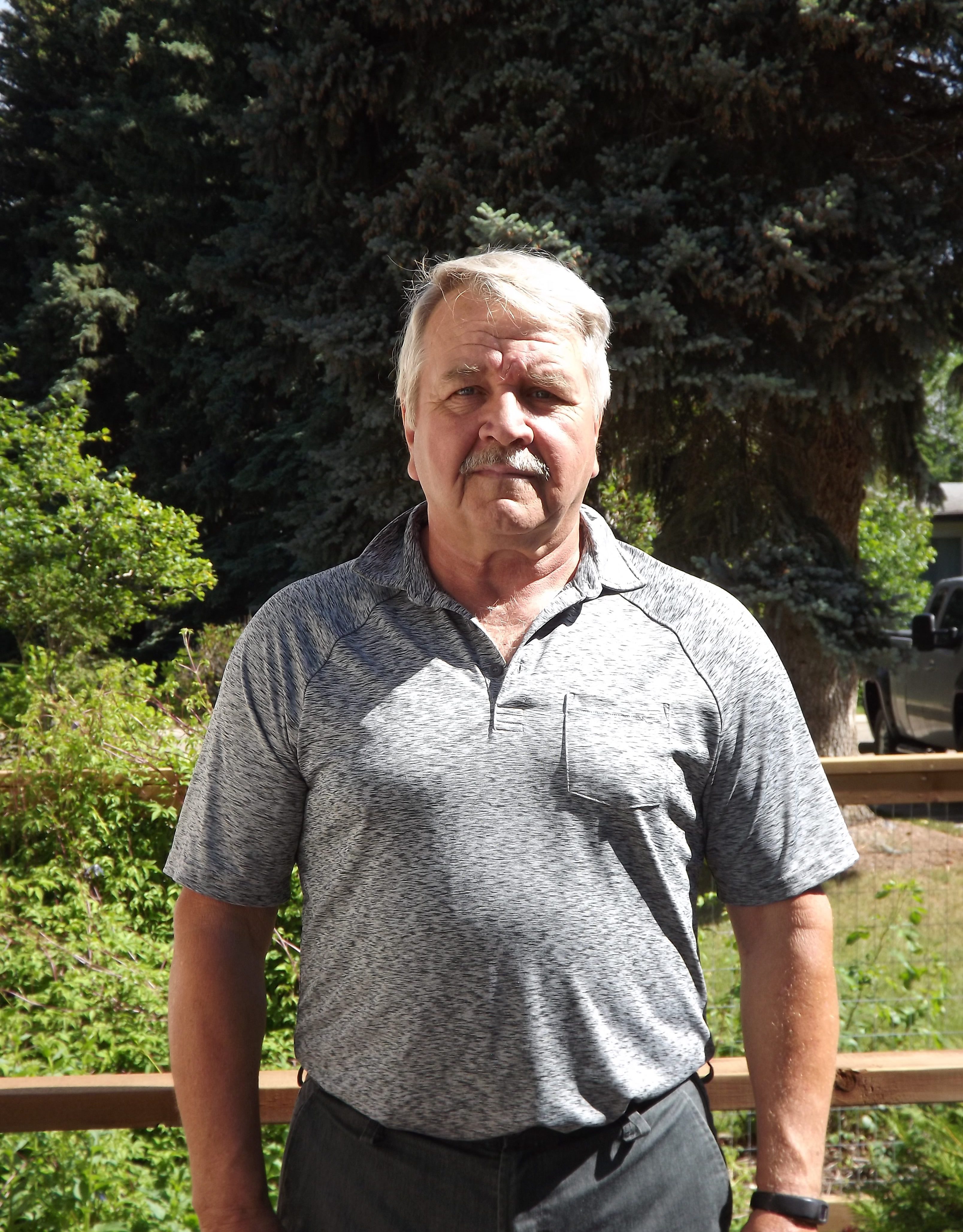 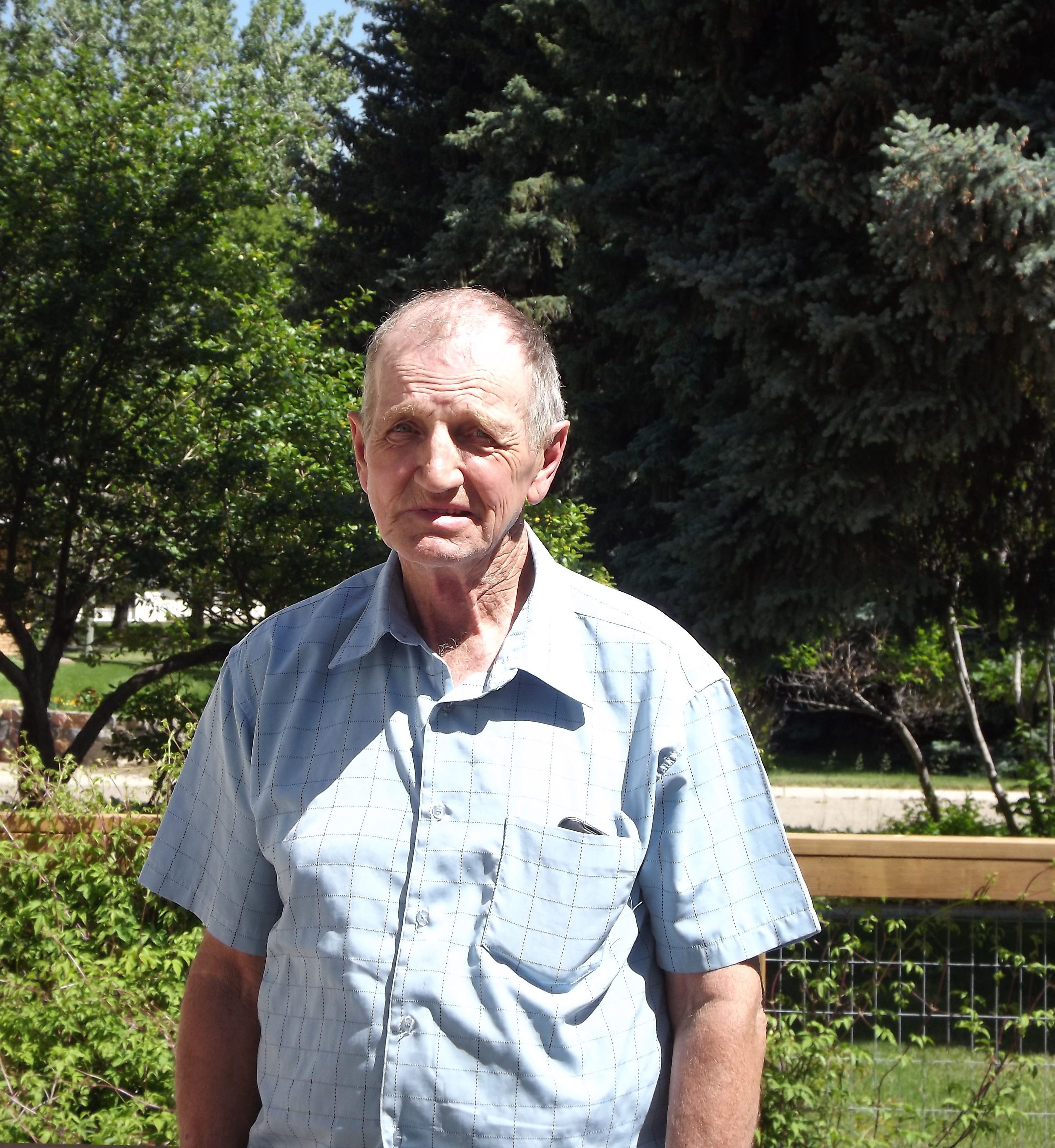 Bassano: “the Best in the West by a Dam Site” 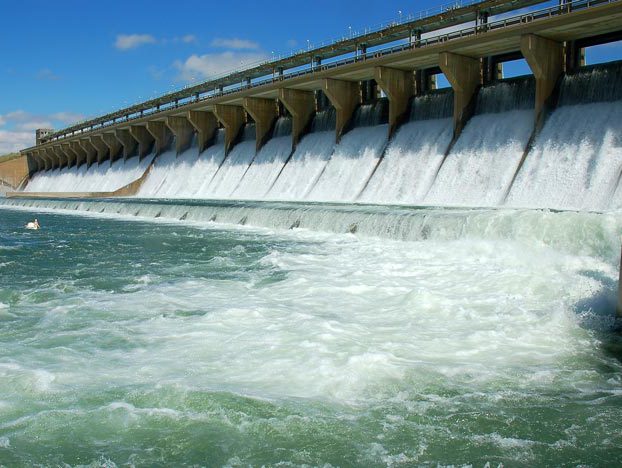 Contact form will be displayed here. To activate it you have to set the "contact form shortcode" parameter in Customizer.

To apply for your Building, Electrical, Gas, Plumbing and Sewer Permits, click on the link below.

How to apply for a development permit

Like many Prairie communities, Bassano sprang to life as the Canadian Pacific Railway was laying steel westward. General Superintendent John Egan had issued a circular fixing all the stations between Medicine Hat and Calgary. Thus, it was that Bassano was located as a siding 97 miles west of Medicine Hat and indeed midway to Calgary.
Bassano’s history would begin in a modest way sometime in late September of 1883. It is accepted that this siding would be named after the Marquis de Bassano, a native of Bassano, Italy, who was a Canadian Pacific Railway shareholder. He died in 1906 and it was unfortunate that the Marquis would not live to see his namesake town develop.
Bassano would share its growth with nearby Lathom and Crowfoot and like all new communities would experience many firsts. Businessmen from other areas became aware of new opportunities as did settlers from the east and south. Stores would be opened, a post office would be established in 1903 soon to be followed by a pharmacy, newspaper, and lumber yards. Records would soon be set for record crops. Residents would discover the soil excellent for gardening as well.
Real estate offices and general merchants were attracted to the new community. Bassano’s varied resources would grow to include natural gas production and coal mining nearby. There was an influx of home-seekers and town lots were attracting the attention of investors.
Bassano would soon begin to boom as the Canadian Pacific Railway Company began construction on the Bow River south of Bassano of a dam to provide irrigation to a large area and subsequently attract more settlers to the area and to promote the Town the phrase “best in the west by a damsite” was coined.
The ‘village fathers’ did not forget the importance of religion and education and by 1910 two churches were built, a temporary school was opened with a new four-room building completed in 1911. The tiny hamlet had grown to village status by 1910 and the following year in 1911 Bassano acquired town status.
It would be 1914 before a hospital was constructed and this was accomplished by Dr. Alexander G. Scott who is credited with being Canada’s first flying doctor. It should be noted there was no other hospital between Medicine Hat and Calgary.
There grew an awareness for fire protection and so equipment was purchased and a fire brigade organized. At about this same time a cemetery would soon be surveyed into proper lots.
Life was never boring for those first citizens of Bassano. Many touring groups of entertainers from far and near brought their performances to Bassano. The local hall was often comfortably filled by concert goers. The local churches held concerts there and dances were frequent. Bowling alleys and pool rooms attracted many patrons and soon there were competitions.
Service clubs began to be formed in town. First among these were the Order of Odd Fellows soon to be followed by the Masonic Order. Several of these service clubs are still around today.
A North West Mounted Police barracks was erected near the western edge of town to provide headquarters and cells for the officers who had a large area to patrol.
Although Bassano did not become the city our forefathers envisioned, we are striving to become the most attractive and affordable urban community under 2,500 in Alberta where industry leaders want to invest, where tourists come for a new experience, and where people choose to live, work and play!
Copies of the Best in the West by a Damsite are available for purchase at the Town office for $75.00, where you will receive a Book on Bassano Families and a Book on the History of Bassano.
– Courtesy of the Bassano Historical Society
The Chronological History of Bassano Volume One is available to order email: tom1942@hotmail.com
– Courtesy of Tom MacPhail

The Bassano Dam, owned and operated by the Eastern Irrigation District (EID), is located approximately six kilometers southwest of the Town of Bassano at the area on the Bow River known as Horseshoe Bend. Since 1914, water from the Bow River has been diverted from this location into an intricate irrigation conveyance system to serve irrigated agricultural land within the District’s boundaries. Construction of the Bassano Dam began in September 1910 and was completed in the spring of 1914. The official opening took place on May 2, 1914, with a total construction cost of just over $1.4 million.

The Bassano Dam was designed by CPR Engineer Hugh B. Muckleston and is considered an Ambursen type dam, coming from its hollow design. In this type of dam, the pressure of the water acts with the weight of the structure to assist instead of oppose its stability against sliding, rupture, and overturning. Upon completion of construction in 1914, the Bassano Dam was noted as one of the most important structures of its kind in the world due to its composite character (the spillway and earthen embankment), as well as the spillway’s length, foundation, and depth of water which could flow over the crest during flood periods.

In 1935, a group of farmers in the Brooks area acquired the Bassano Dam and the canal system from the CPR, forming the Eastern Irrigation District. After 70 years of operation, the original structure was beginning to deteriorate. In the 1980’s, the Prairie Farm Rehabilitation Administration (PFRA) rehabilitated the Bassano Dam by rebuilding the upper (above ground) concrete for the spillway and adding a 400 meter long fuse plug near the west end of the earthen dam, bringing the dam up to safety standards of the day. Refurbishing work began in January 1985 with 2.5 years required to complete the project. This major facelift cost 14 million dollars with the end result being a very modern, motorized dam capable of diverting 100 m³/s (3,500 cfs) into the District’s water system.

In 2008, the Eastern Irrigation District undertook another upgrade on the Bassano Dam structure with all gate motors having been replaced and automated to a computer software system. This brought control and monitoring of the dam into the digital age, allowing the Dam Supervisor to respond to the flows of the river and demands from the water users at the click of a button, contributing to the efficient management of the Bow River.

Virtually all the water found and used within the boundaries of the EID originates from the Bow River at the Bassano Dam. This includes water to irrigate over 123,429 ha (305,000 ac) of farmland, water to feed over 12,000 ha (26,000 ac) of managed wetland habitat, water requirements for local industry, and the domestic needs of a population base close to 22,500 people.

The Bassano Dam was very noteworthy in 1914 for its unusual structure and capacity. The dam is a symbol of the challenges faced by the early pioneers to overcome obstacles and make irrigation farming a viable and prosperous agricultural enterprise in Western Canada.

Learn more about the EID 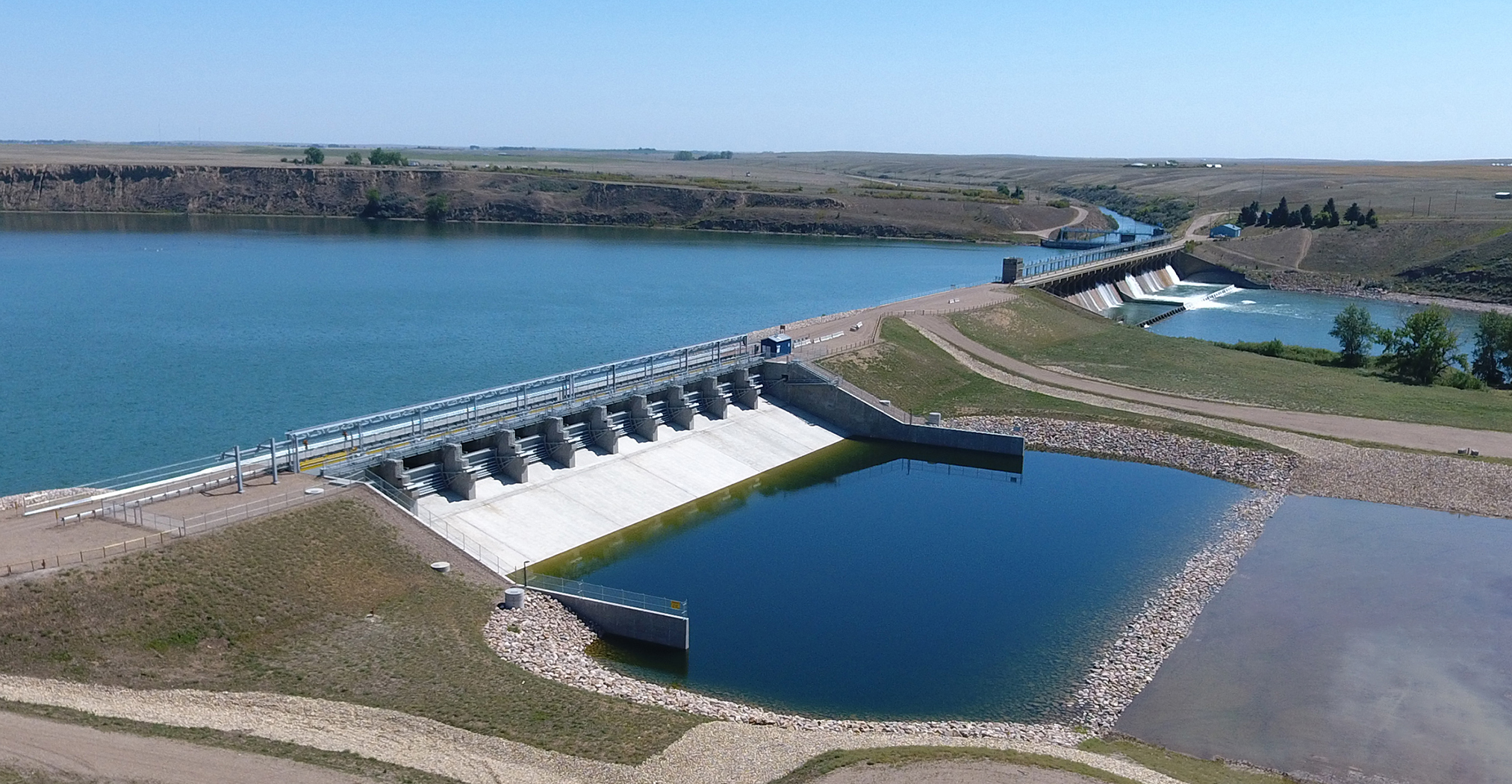 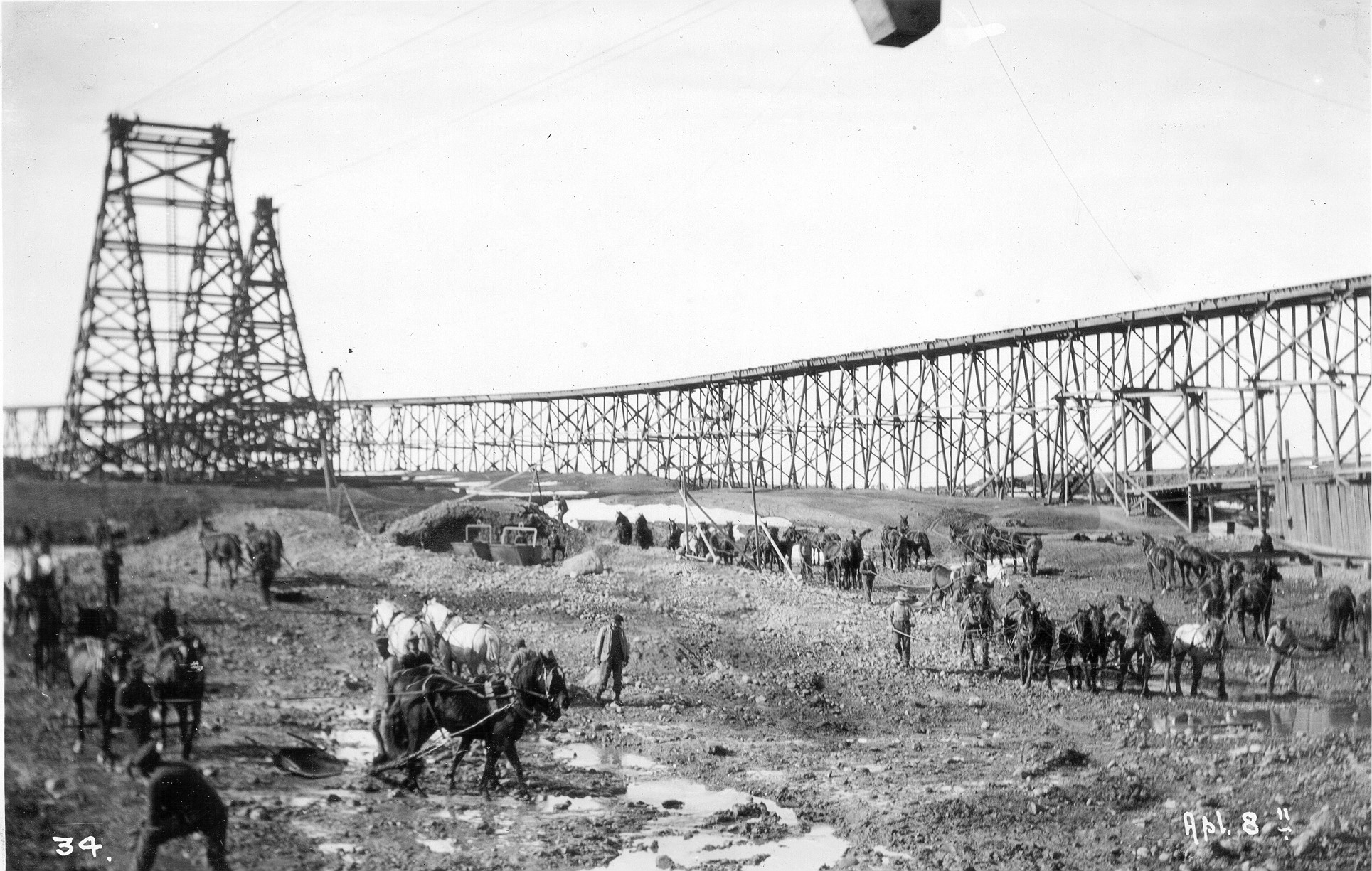 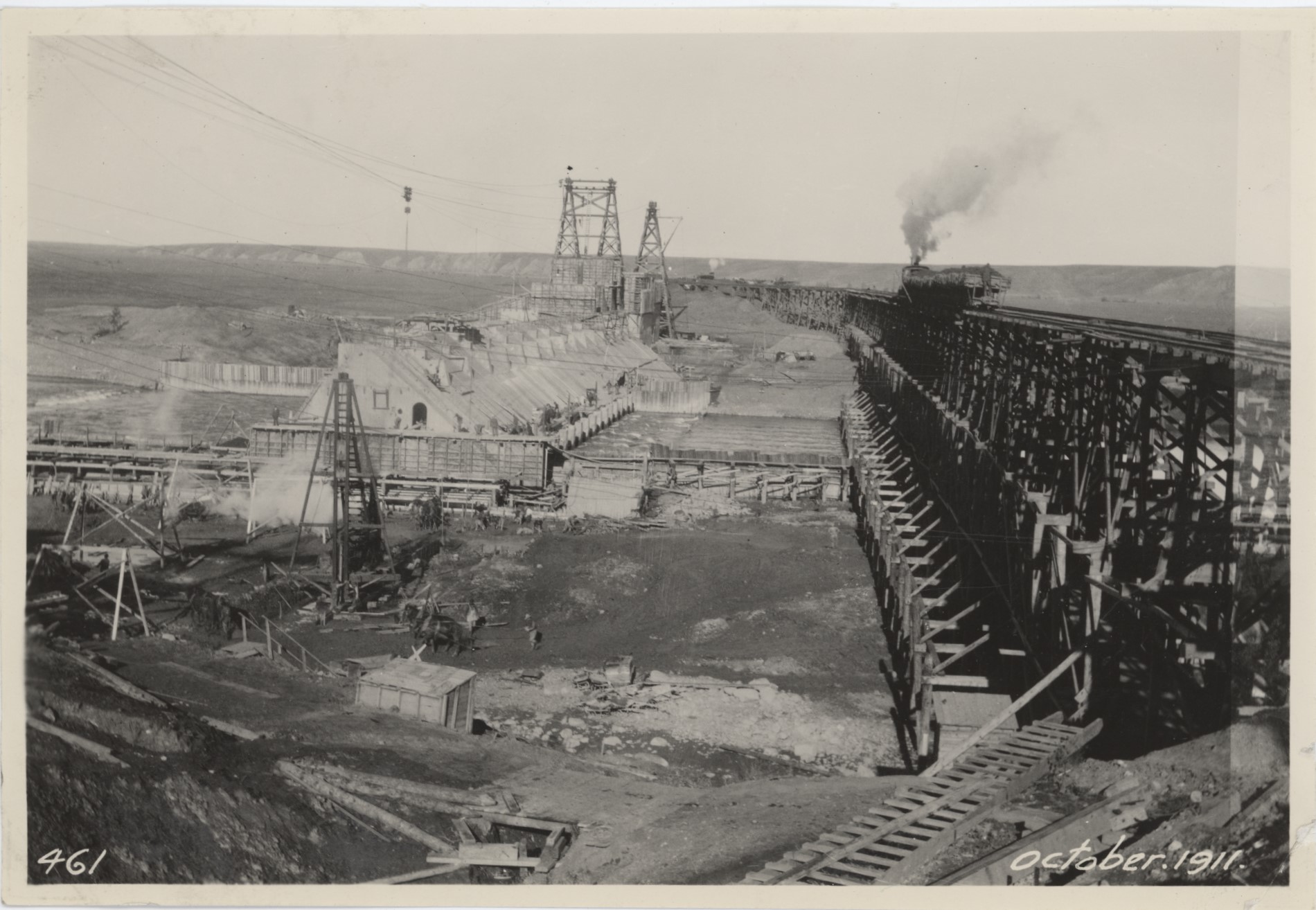 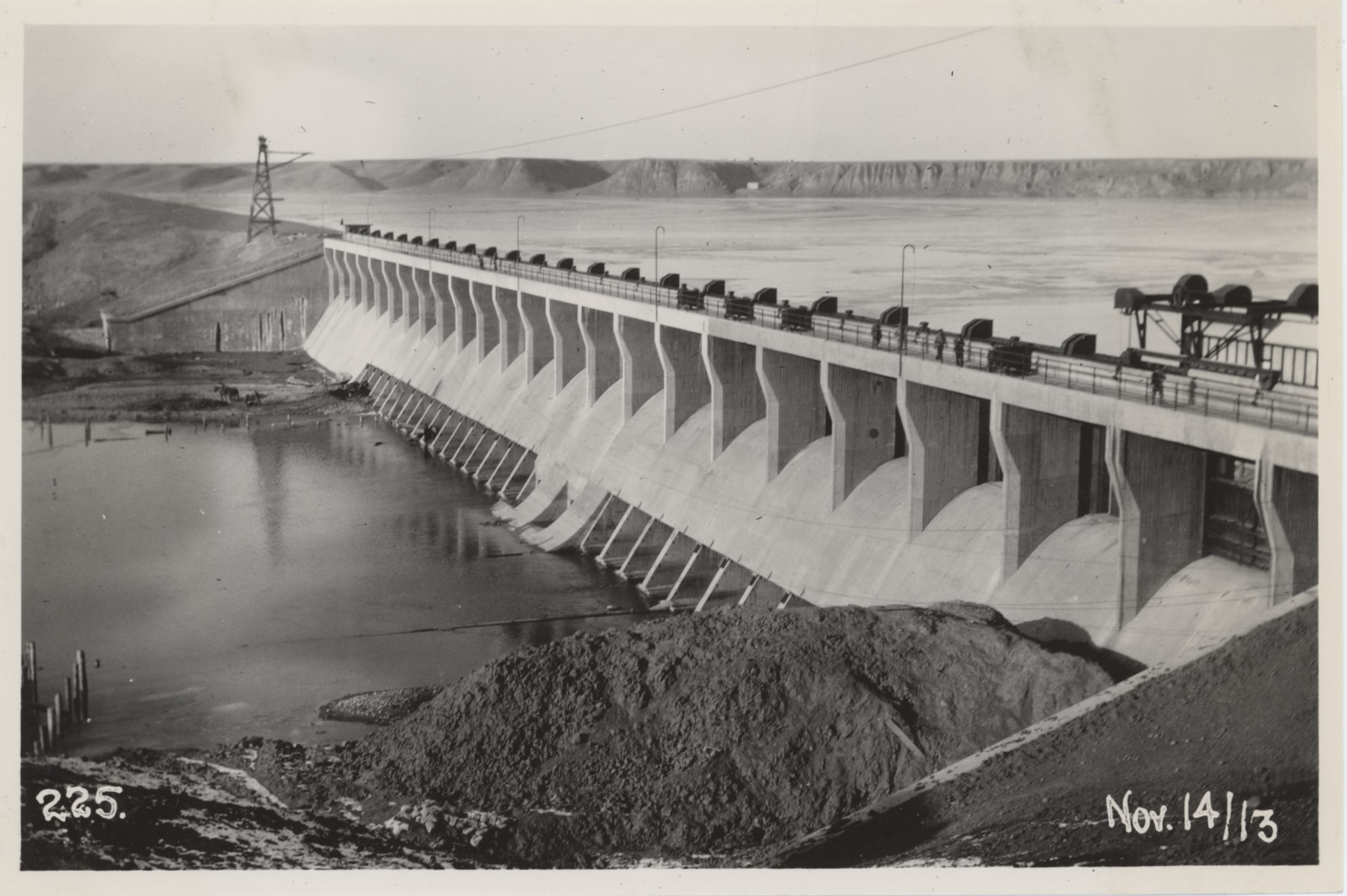 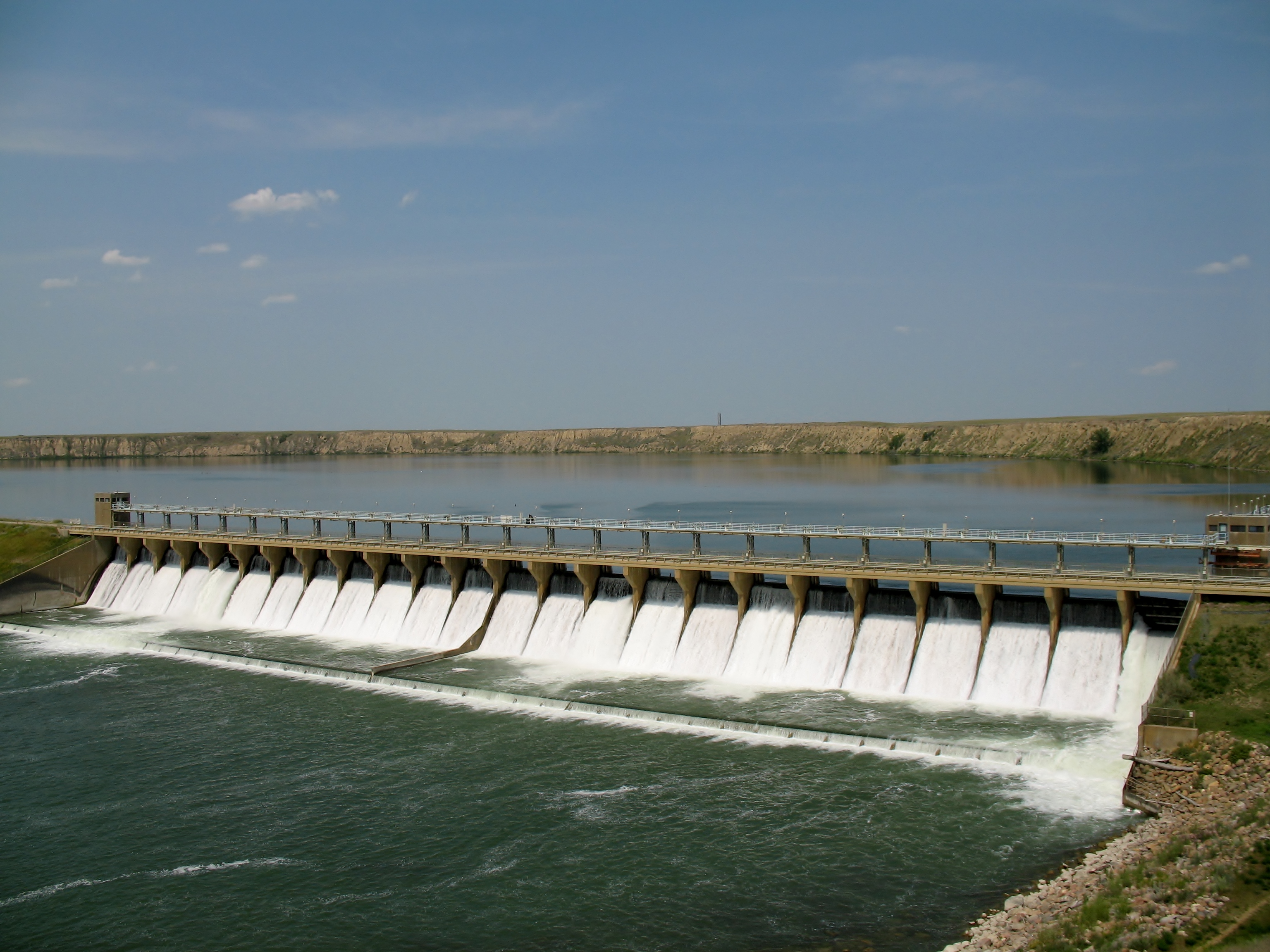